When we rescued our second German Shepherd, Schnitzel, we were in love with all of him! That is, everything but his stinky breath! After urging from some of our friends, I decided to take him into to get a dental cleaning. After some research, I decided to take him to Green Dog Dental. They have two locations, one in Beverly Hills, and one in Sherman Oaks.

Schnitzel and I drove to the Beverly Hills location, which included a daycare center and a high-end pet shop. Green Dog requires a $60 deposit for an initial exam. During their initial exam, they inspect your pet’s mouth to ensure that they can clean their mouths safely. If they can, the $60 goes towards your final payment for the cleaning, and if they have more serious concerns, the money goes towards future procedures.

The beauty of Green Dog Dental is that they practice dog dentistry in the same way as human dentistry. During the exams and cleaning, Green Dog dentists do not put dogs under. Knowing how nerve-racking this can be as a dog parent, and for animals themselves, this provided a sense of comfort. I knew that I was handing my dogs over to a staff that would take great care of Schnitzel.

After filling out the paperwork, I dropped off Schnitzel and ran a few errands in the area. Within an hour, Bianca, the office manager helping me, called to ask for me to return. The dentist had found some areas of concern that she wanted to discuss with me. When meeting with the dentist, she explained that Schnitzel had multiple teeth fractures and a broken tooth with root exposure. Schnitzel, a 7-year-old, who we had rescued 6 months before, had quite a lot of dental damage! We were advised not to give him anything that we couldn’t dent with our fingernails to prevent any future teeth fractures.

As for his broken tooth, they recommended that we get x-rays taken and have some blood work done to see the extent of the damage. At first, I was skeptical of the need for this work, as I didn’t notice Schnitzel in any pain or suffering. Dr. Garcia was kind enough to explain that big dogs, like German Shepherds, will show pain in different ways. He mentioned that many dogs don’t show “pain” in obvious ways. He mentioned that most dogs, after extraction, will show relief in little ways, such as playing with toys or eating certain foods that they wouldn’t before. This was helpful for us in understanding Schnitzel’s overall well-being. 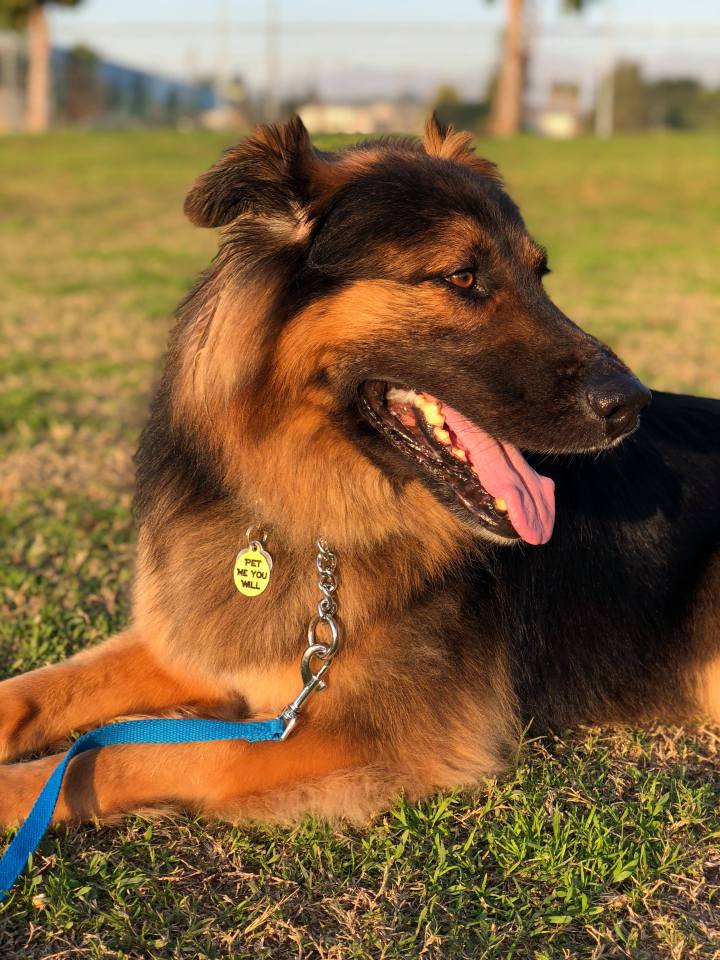 We made an appointment at their Sherman Oaks office, as they run all of their surgeries out of that location, and Schnitzel would have to go under for his x-rays and other diagnostics. A few weeks later, we took Schnitzel in first thing in the morning and planned to pick him up in the afternoon. Bianca was kind enough to send us an e-mail updating us about his progress, which was so thoughtful, and truly calmed our nerves! Later, the dentist called us with his finding and recommended that the root be removed surgically, as there was an infection present in his gums. We had the option to have him operate that same day, or bring him at a later time.

My husband and I decided to wait, as we wanted to get a second option to see if the procedure was necessary. Dr. Garcia was so kind and patient with us and spent time answering questions, and even emailed us the x-ray image with a thorough explanation. We sent this information to our primary vet, and they agreed that the procedure was necessary, as the infection could easily grow.

We made an appointment for Schnitzel’s extraction, and when the time came, it went as smoothly as the previous procedures. They included teeth cleaning in the process, which was great! Bianca gave us e-mail and text updates, which eased our worries, and called us when he was ready to be picked up. They sent him home with antibiotics and encouraged us to provide him lots of water to aid in his recovery.

If your dog has stinky breath, check out Green Dog Dental for the best canine dental care in Los Angeles!