Los Angeles tourism debuts LA Love with a campaign calling on Angelenos to pledge to safely take a staycation when they are ready to help jumpstart the local economy. New data shows if every employed Angeleno stays 3 nights in an L.A. hotel, supports 3 restaurants, and visits 3 attractions, it would inject 1.4 billion back in the L.A. economy and create more than 20,000 jobs. Nearly 74% of locals said they would sign a pledge to take a local vacation to support the city we love.

Los Angeles Tourism has rounded up special staycation offers for more than 100 hospitality businesses, valid through the end of the year, beginning today, August 29. Click discoverlosangeles.com/LALove.

Check out some of the hottest NEW hotels in LA.

Read our past articles about some of the participating hotels, like Terranea Resort, Mondrian Hotel, Marina del Rey Hotel, Four Seasons LA Hotel at Beverly Hills, Shutters on the Beach, and Sofitel Los Angeles at Beverly Hills. 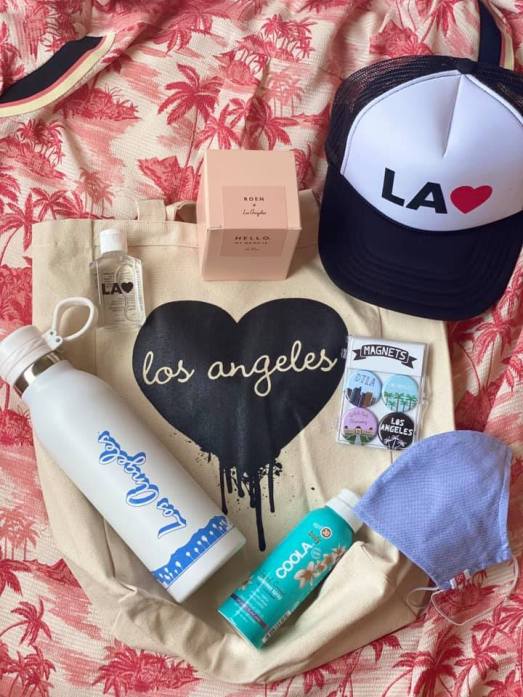 “We know the pandemic has profoundly affected everyone in our community, and we are appealing to those Angelenos who have the means to help put their neighbors, friends and family members back to work and lift up L.A. – while safely enjoying a staycation in the process,” stated Adam Burke, President & CEO for the Los Angeles Tourism & Convention Board. “Our hotels, restaurants, retail stores, attractions, and more have invested significant time and resources into implementing safety protocols that are required by the Los Angeles County Department of Public Health. While following proper precautions, this is the time to start making plans to support the restaurant you’ve always wanted to try, take that walking tour or relax at an L.A. hotel, and become a tourist in your own backyard.”

How is LA staying safe?

Support the city you love with a staycation. Help jumpstart the local economy. Take the LA Pledge and #travelresponsibly.

As a freelance travel and food writer, Melissa's articles have been published on AAA World Magazine, Lonely Planet, Zagat Stories, Roadtrippers, Canadian Traveller, Business Insider, MoneyInc, Resident Magazine (NYC), JohnnyJet, World Footprints, and many more. Her favorite travel articles can be found on Darling Magazine. She also writes for local print magazines such as SoCal Life Magazine, Malibu Coast Lifestyle Magazine, Conejo Valley Lifestyle Magazine, LA Travel Magazine, and LA Downtowner. Her love of adventure and learning were fueled while traveling around the world at age 20 on Semester at Sea. She received a Master's degree in Education, taught in England on a Fulbright scholarship, and has been an educator for over 20 years. After growing up in Connecticut and a decade in Washington, DC, west coast living has won her over. Living in LA the last 13 years has brought Melissa so much joy - thus why LaLaScoop was born. A desire to cover and discover the Best of LA became a shared passion that expanded to numerous guest writers bringing the 'LaLaScoop. Besides teaching children on Zoom and writing during the pandemic, Melissa spends her free time gardening, baking, savoring the Malibu coastline, discovering new hikes, and taking DIY to a whole other level. Contact her at Melissa@lalascoop.com. View all posts by Melissa Curtin