3D can mean different things to different people. Some will say it’s a gimmick to make movies like “Avatar” actually watchable or it’s a devastating maneuver utilized by one of the fiercest tag teams in pro wrestling, the Dudley boys. However, because I’m a degenerate of the lowest order, 3D has a different meaning, more specifically; Decadence, Debauchery, and Drinks. It’s a very potent and dangerous mix when also infused with lavish costumes and an appetite for excess makes a devastatingly delightful day on the Marina with Fantasea Yachts, Our Vodka/Los Angeles and the experience that is Disco Dining Club. 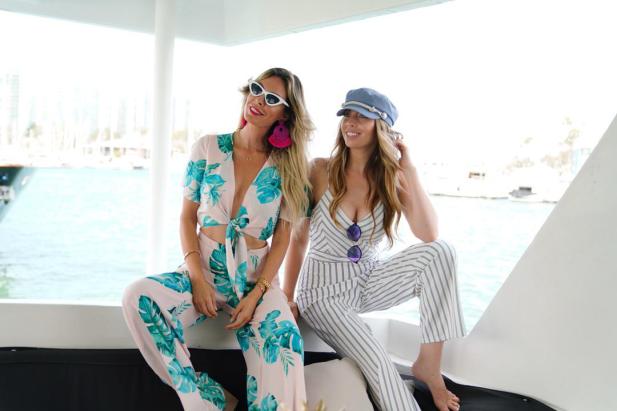 Fantasea Yachts spared no expense on the setting for today’s’ events. A red carpet led to a beautiful double-decker yacht with a lounge on the bottom floor where guests began to mingle and the drinks began a’flowin. A quick few steps led to the second floor which had a spacious dance floor commanded by a DJ playing some remixes of famous tracks from the 70s and some takes on modern music, or if you wanted to simply enjoy the scenery of beautiful Marina Del Rey, just a few more steps lead to an outdoor patio on the third level, where people enjoyed vivid conversation and some experience enhancers of the herbal variety. 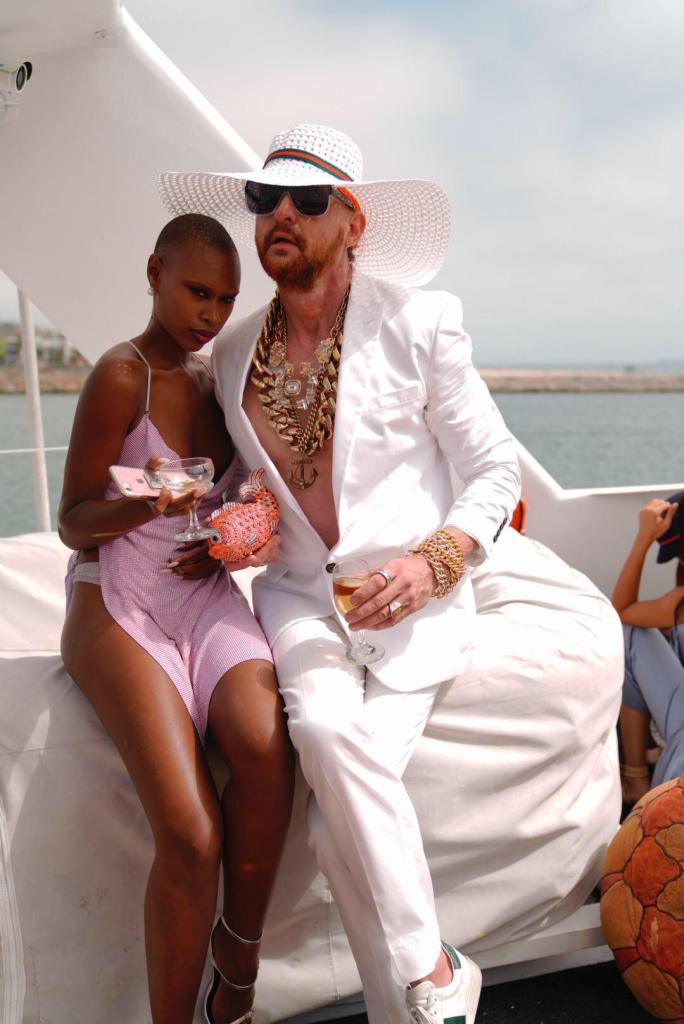 For those unfortunate souls who are not aware, Disco Dining Club is an event unlike any other. A celebration of rum soaked hedonism and playful deviousness where attendees are encouraged to don outrageous and often loud ensembles that would make any battle-hardened fashionista have to double take. The theme for this particular shindig was loosely based on the iconic role played by Grace Jones in James Bond: A View to Kill. 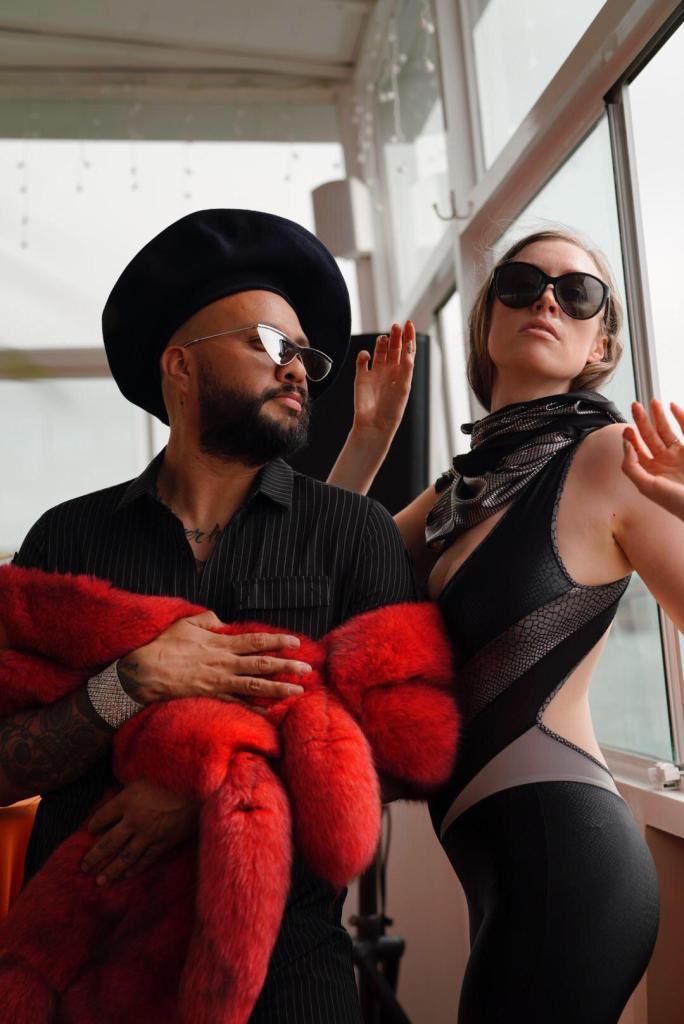 I was shocked, impressed and quite frankly, enthralled by some of the costumes, including a woman covered in gold body paint, a tuxedo adorned James bond looking gentleman and a mermaid. The Disco Dining philosophy is a simple one, “Consume Everything.” Disco Dining provided a feast of experiences I happily consumed and would absolutely consume once more without hesitation. 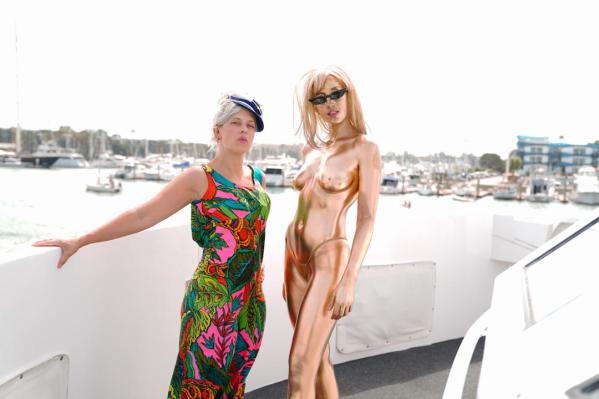 There was plenty in regards to libations, which were generously provided by the good people at OurVodka/LA. In between rounds of specially curated mixed drinks, I got to chat with a very sharply dressed Anton Von der Woude, the Sales Rep for OurVodka/LA. “This generation, in particular, is very discerning in terms of where the product comes from and expect transparency about the process. And being made in Los Angeles and using only local ingredients, I believe people can taste the difference.” 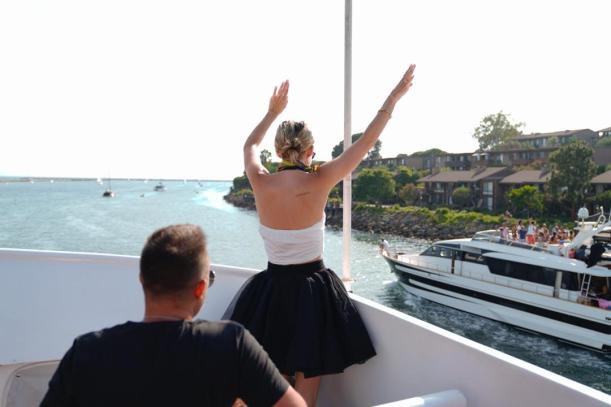 As someone that lives and breathes craft beer, this is a refreshing concept. OurVodka has multiple locations worldwide (Detroit, Los Angeles, New York, London) and has one single recipe, the catch is every location is required to use only locally sourced ingredients, the very essence and character of each city, all contained in a small bottle that can be picked up at various fine establishments of liquor listed on their website. 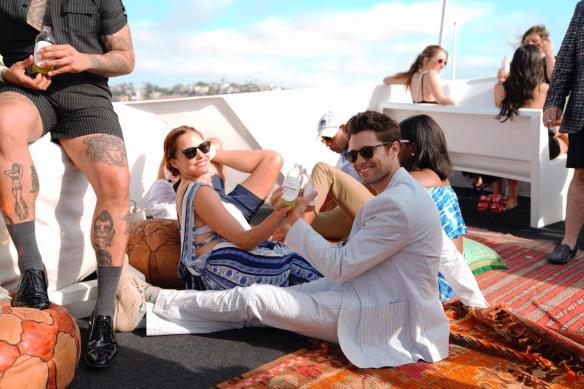 Check out Disco Dining through their website and sign up to receive info on their next gathering. Thank you to Fantasea Yachts and everyone involved for putting this event on. Cheers LA! 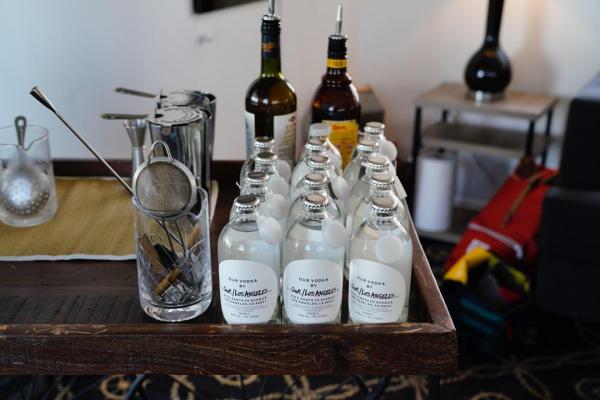