On Sunday, April 29, 2019, the 9th annual Taste of the Eastside featured the unique culinary landscape of East Los Angeles. With over 30 restaurants showcased, Taste of the Eastside flourished from an idea by a group of parents to raise money for Rose Scharlin Cooperative Nursery School, LA’s oldest co-op for kids and the primary beneficiary and organizer of TOTE.  It has turned into a hugely popular and highly regarded yearly food festival that brings together the best food, drink, and entertainment this side of LA has to offer.

Showcasing the East-Side of Los Angeles and surrounding areas that have emerged with new delightful and revered establishments in the hip neighborhoods of Silverlake, Los Feliz, Atwater Village, Echo Park, Downtown, Highland Park, Eagle Rock and beyond, TOTE celebrates the true diversity of Los Angeles. 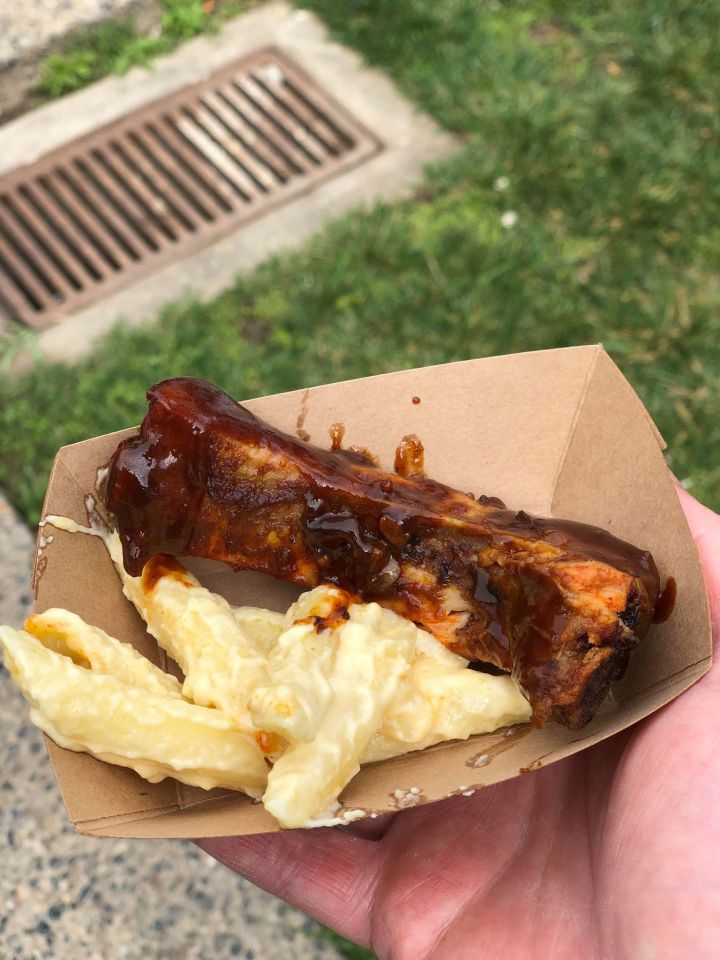 The Los Angeles River Center and Gardens has been home to TOTE now for the past four years, giving the festival a unique location and vibe. The venue, a stunning mission-style villa with lush landscaping, soothing fountains, and meandering, tiled patios, provides a breathtaking backdrop for Angeleno foodies to sample delicious offerings from some of LA’s hottest purveyors of food and drink. The lovely grounds are home to several non-profit organizations that aim to revitalize the Los Angeles River and promote sustainable living. 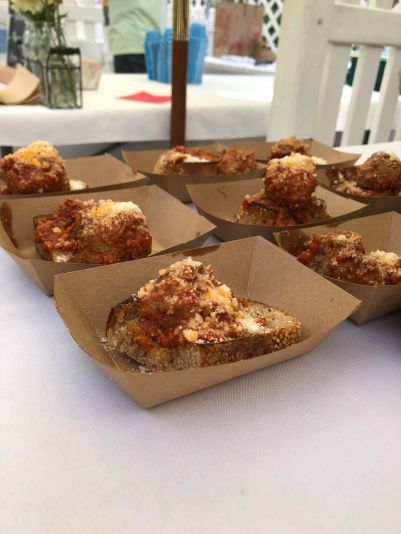 Jewel offered the most unique menu featuring plant-based offerings. Kale Salad, Carrot Lox, and Buffalo Yuba were available for tasting. All options were vegan and gluten-free.

All proceeds from Taste of the Eastside were be donated to highly-deserving local organizations, including Rose Scharlin Cooperative Nursery School, The Pablove Foundation, and FOLAR, Friends of the LA River. 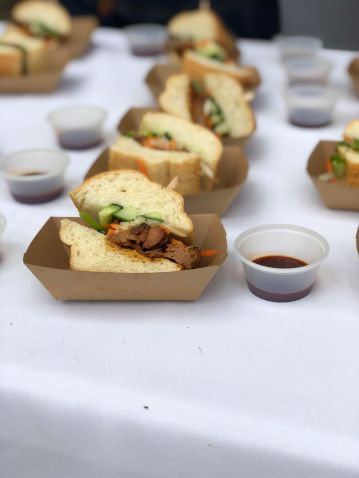 TOTE continues to be an environmentally friendly festival by making an effort to compost, recycle and reduce waste wherever possible. Event volunteers provided earth-friendly composting and trash guidance to ensure green practices throughout the event and provided all participants with reusable cutlery. 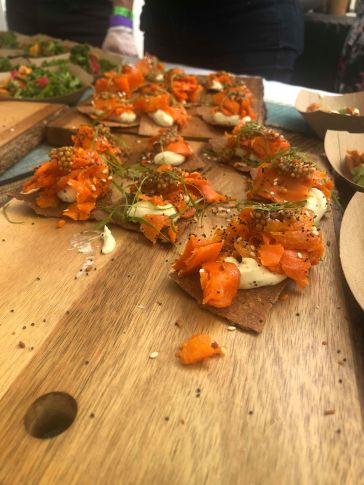 The best part about customizing your own poke bowl 🥭🥒🧋🥢🍣 here at @hausofpoke is they don’t upcharge you for every ingredient. You can add all the toppings you want ~ mango, crab, furikake, fried onions, edamame…. We always start with 2 scoops of salmon and sometimes tuna or yellowtail. Brown rice. Go easy on the sauces.
Have you had your 🍔 at the new In and Out in #RanchoMirage ? Yes yes yes 👍🏼 @innout
Sign up for tickets 🎟 online in advance for free Thursday nights at the @psartmuseum One of the most extraordinary exhibits is one not pictured here but massive scale works that look like black and white photographs but are created w charcoal. Just across the way, find Marilyn Monroe outside and other great art outdoors and a new beautiful outdoor park
We actually went to Bar Cecil @barcecil 2 nights in a row for another caviar martini 🍸 + Pavlova because 🤷🏼‍♀️Life is short? Early Valentines? Xoxoxo, Cecil or Curtin