In a 2017 article, The Huffington Post called Colin Brittain “one of the music industry’s wunderkinds” and “a sonic wizard, who takes the creative ideas and energy of musicians and, waving his magic wand, imbues the musical concepts with a delightful spark of life.”

Brittain’s work alongside producers such as Kato Khandwala (Blondie, Paramore), John Feldmann (5 Seconds Of Summer, Blink-182) and his sometimes-partner – Nicholas “RAS” Furlong (Papa Roach, Avicii) helps show the quality and diversity of which Brittain is capable. 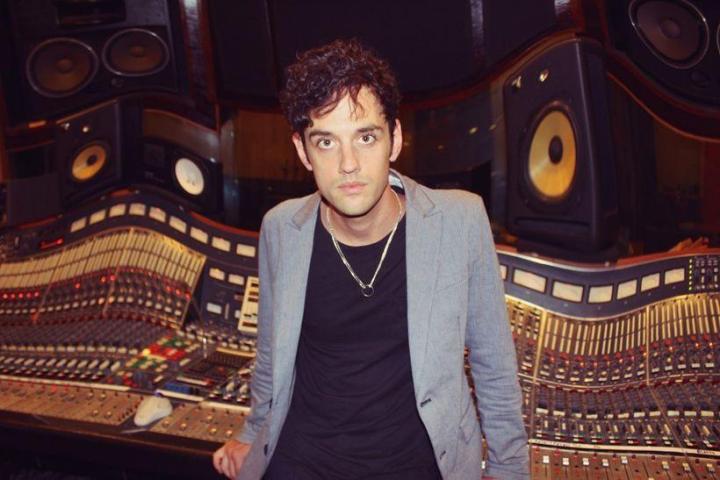 A producer, lyricist, composer, arranger, mixer, engineer, drummer, vocalist, guitarist, keyboardist and more, Brittain has built a life around musical versatility, stemming from early experience in the band he started with his brother — Oh No! Fiasco — in 2011. It would grow into the hard work he has done with the likes of One Ok Rock, All Time Low, Basement, Dashboard Confessional, 5 Seconds Of Summer, Avicii, Steve Aoki, Hands Like Houses and A Day To Remember.

I had the pleasure of doing Q&A with Colin Brittain himself for LaLaScoop about his adopted hometown of Los Angeles, and highlights from such are below. More on Brittain can be found by visiting him online at www.instagram.com/docbrittain.

What first inspired your move to Los Angeles?

Colin Brittain: I was in a band called Oh No! Fiasco and we were coming through L.A. quite a bit in 2013. So I started doing writing sessions on our days off. It wasn’t long before I was like “touring sucks, sunshine is rad, let’s go to L.A.”

What are some of your go-to places in L.A. for late-night eats?

Colin Brittain: Late night is sometimes catch and go. Honestly any taco truck downtown will send you home happy. 101 Cafe is legendary and so is Noho Diner. Other than that I’d go to Crawford’s Pass in Burbank.

Waking up to iTunes number ONE makes me happy. Glad to have produced, co-written and mixed this with my best friend @rasofficial and @paparoach Grateful today. Go check it out. Also MEGA shoutout to @alexprietosounds

What about a favorite brunch spot or two? And is there a spot that you like to use for work-related meetings?

Colin Brittain: Aroma Cafe, The New Deal and the Federal in North Hollywood are great in the Valley. If you’re in Weho, The Griddle is great.

When it is time to grab a few drinks outside of the home, where do you usually go?

Do you have a favorite concert venue in town to see a show at?

Colin Brittain: I love the El Rey [Theatre] and also the Palladium and the Wiltern are sick places to see a show.

Food and drinks aside, what are you currently working on?

Colin Brittain: A Day To Remember!

Finally, Colin, any last words for the kids?

I had a cool chat with @waldmanswords podcast about industry stuff and how I make records. Link in bio 🙂

Fall for fall in Connecticut. #OldLyme #leafpeeping #connecticut #fall
Legendary @pappyandharriets happy to be return 6 years later for some starlight 💫 grub 🥩 #pappyandharriets #desertlife #pioneertown
Racing back to CT soon to take care of my dad in the hospital. He’s had a really rough road this month, just one month after we were together for his 79th bday and biking all over Block Island. I’m going to be dreaming of days like these as I take care of him in CT for the next month…. #PalmSprings #home @lonepalmbungalow
Wedding 👰🏼 views from our house 📸 in front of Frank Sinatra’s Twin Palms Estate #franksinatra #twinpalms #palmsprings #mountainview