Oceana’s mission is to protect and preserve the ocean’s habitats, as well as prevent overfishing. I became familiar with this organization a couple years ago when three of my third graders presented their volunteer money to Hilary Clinton in the form of a life-size $1000 check. Last year one of Oceana’s biggest celebrity supporters, Leonardo DiCaprio, gave a 3 million dollar grant to Oceana to continue Oceana’s task of protecting threatened ocean habitat and keystone marine species such as sharks. The Leonardo DiCaprio foundation’s grant supports Oceana’s work to advocate for responsible fishing measures, including the effort to ban California drift gill nets in order to protect dolphins, whales, turtles and other marine animals from being caught and killed as “bycatch.” 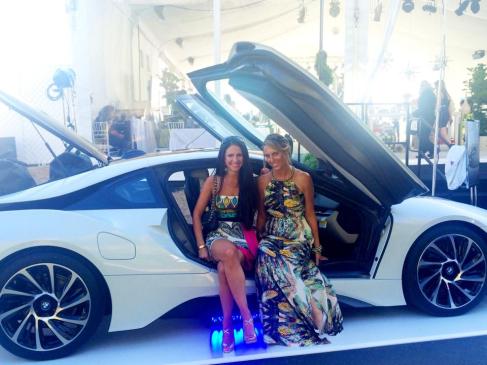 While gazing admiringly at the sea on a Dana Point bluff, the ocean made me feel at peace, especially after a two and half hour car ride from West Hollywood. As the sun set I became entranced with the never-ending ocean setting imagining all the creatures happily playing under the sea and in the waves. I was hoping to see dolphins and whales, which is such a common occurrence in California. We are all Mad for the Oceans. 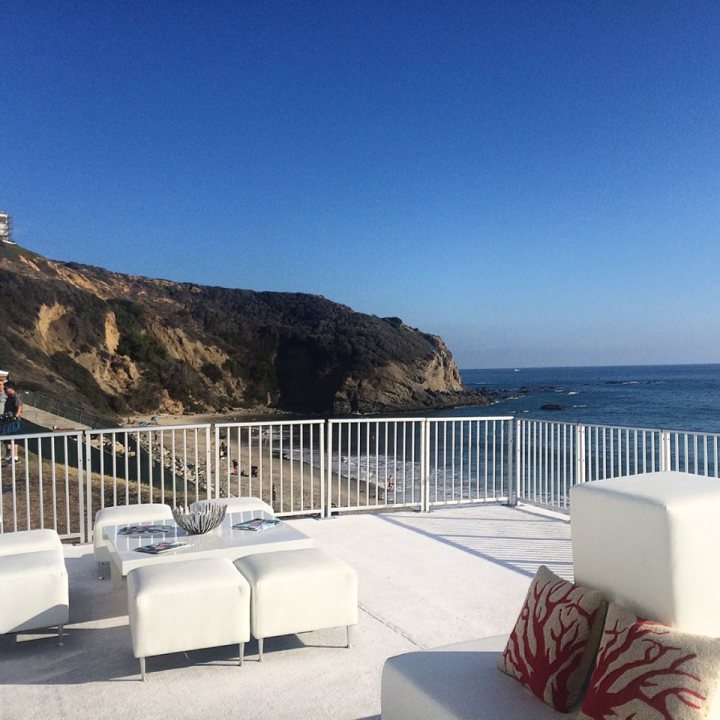 We learned tonight at the Oceana SeaChange Summer Party that one of the main causes of the abundance of sea lions in California coming up on the shores starving and looking for food (and many dying) is the collapse of forage fish such as sardines. Other animals from pelicans to humpback whales depend on sardines and other small fish for their survival. Now sardines will not be allowed to be caught along the Pacific coast for 2015. 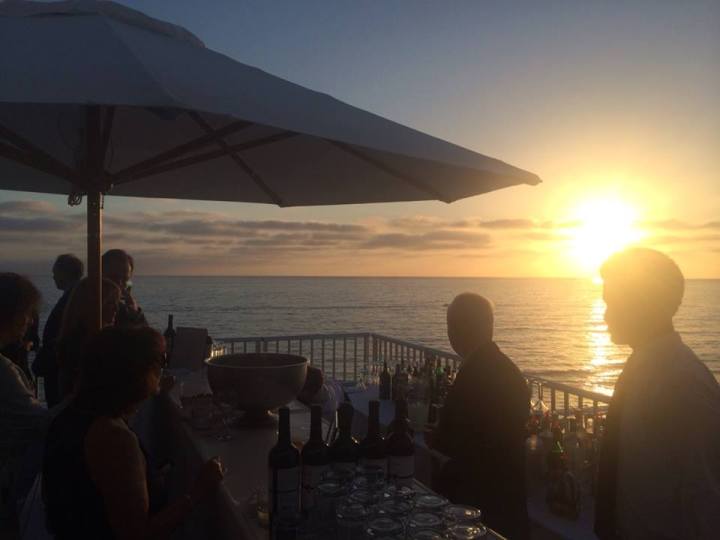 This year the uber fancy #Seachange gala consisted of electric BMW’s escorting guests from their cars to a magnificent silent auction cocktail hour. As the sunset hues glowed, guests feasted on appetizers and Kettle One drinks straight from a Kettle One shaped ice luge. I met many guests who also made the trek from LA and learned of one guy who so smartly took the metro train from downtown LA and a 8 minute uber to the event.

Silent auction items consisted of every high end item one could dream up from Herve Leger scarves to gorgeous artwork to a BMW i8 sports car and custom set of Louis Vuitton luggage to a trip to the Maldives starting at $107,000. I overheard the evening’s tickets ($2,500 per person) raised half a million dollars while the live and silent auction items brought in another half a million.

As the cocktail hour subsided with the sun glow, guests in all sorts of fancy dresses and suits where escorted to a nearby tent for the sit down dinner. The Madmen crew are not only mad, but mad about the oceans. Madmen’s January Jones, who is a longtime supporter of Oceana, shared her love for sharks and her hope for her 3 year old to be able to see the beautiful creatures in years to come. We saw a short clip of her swimming with sharks. January Jones raised more than a million dollars for this species, which she exclaimed, “Scared of sharks? We should be scared FOR sharks!”

“For the first time, Ted Danson could not make it, but he is here in spirit.” Madman Jon Hamm lead a hysterical speech with one liners about how every child deserves a clean ocean, even young  Billy Ocean, and later “not having any kids that he is aware of,” as well as preparing us with, “My many talents, one of them is not making speeches…especially when they’re not written by Matt Weiner. This can get rough. Lower your expectations.” He acknowledged the importance of Oceana and their proactive work. Hamm honored marine ecologist and National Geographic Explorer-in-Residence, Dr. Enric Sala, for his work to protect the world’s last pristine marine ecosystems.

We were hoping all night for a performance from Green Day when we say Billie Joe Armstrong with fluffy wild blond ‘stand on end’ hair and chest tats at a table nearby, but instead we left with a photo. The evening’s escapades were escalated with the magical voice of actress and singer Bethany Joy Lenz. The ‘Mad for the Oceans’ mission was a monetary enjoyable success to help support Oceana’s 8th Annual SeaChange. 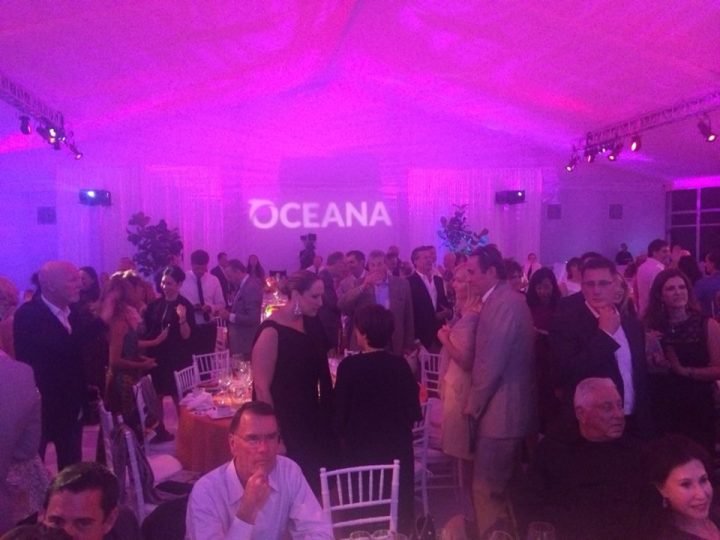 All photos courtesy of Melissa Curtin.

As a freelance travel and food writer, Melissa's articles have been published on AAA World Magazine, Lonely Planet, Zagat Stories, Roadtrippers, Canadian Traveller, Business Insider, MoneyInc, Resident Magazine (NYC), JohnnyJet, World Footprints, and many more. Some of her favorite travel articles can be found in Darling Magazine. She also writes for local print magazines such as SoCal Life Magazine, Malibu Coast Lifestyle Magazine, Conejo Valley Lifestyle Magazine, LA Travel Magazine, and LA Downtowner. Her love of adventure and learning was fueled while traveling around the world at age 20 on Semester at Sea. She received a Master's degree in Education, taught in England on a Fulbright scholarship, and has been an educator for over 20 years. Over the last decade, she has worked with high profile families in the Los Angeles area. After growing up in Connecticut and a decade in Washington, DC, west coast living has won her over. Living in LA for the last 13 years has brought Melissa so much joy - thus why LaLaScoop was born. A desire to cover and discover the Best of LA became a shared passion that expanded to numerous guest writers bringing the 'LaLaScoop. Besides writing and helping children learn on Zoom during the pandemic, Melissa spends her free time savoring the Malibu coastline, discovering new hikes, looking for unique finds for her new home, trying to cook new dishes for her husband, and taking DIY to a whole other level. Contact her at Melissa@lalascoop.com. View all posts by Melissa Curtin