Executive Chef Fernando Darin dazzled us all night long with an endless slew of exceptional dishes at Los Angeles County Museum of Art’s 5 year old Ray’s and Stark Bar named in honor of film producer Ray Stark (“West Side Story,” “Lolita,” “Funny Girl,” “Annie,” and “Steel Magnolias.”) It was hard to pick our favorite bites from his new art-centric menu, but the Italian in me loved the wood fired pizza (Try the Bianca with truffle oil cheese) and homemade pasta with Sicilian pesto.

Sample numerous Small Plates like the Tuna Tartare with flowers, the heavenly Agnolotti with artichoke, burrata and English peas, the colorful Spanish octopus, and Prawns with whipped polenta. Savor each bite. Every dish almost looked too pretty to eat. Chef Fernando Darin has not only skyrocketed the foodie game with his global inspiration, but the Italian raised in Brazil presented each dish with such care that they resembled art, a perfect compliment to LA’s prized museum, LACMA.

With the sunset glow, and the glink of glasses, we couldn’t think of a more perfect dinner spot with palm trees in the distance and LACMA’s modern architectural design slicing the landscape. Start with a special water since Ray’s happens to be one of the only restaurants to come with a water sommelier and a Water Menu…once you sample the bubblies with a specific mineral composition you will be sure to notice a difference. We preferred the heavily oxygenated Spanish Vichy Catalan and the Danish Iskilde. Perhaps the secret to looking younger has to do with TDS levels? 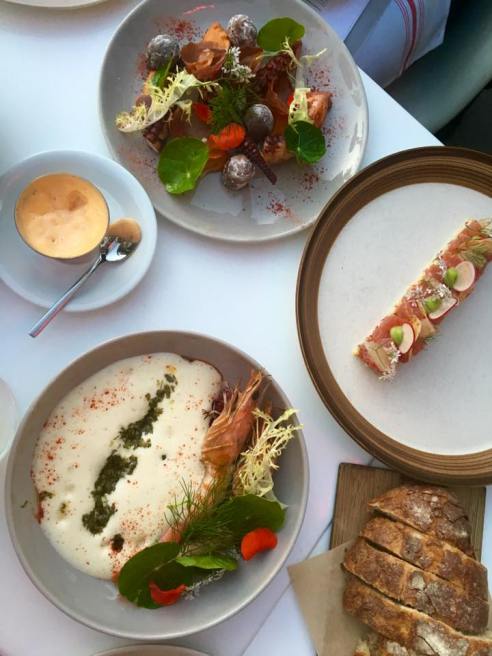 Chef Fernando first began his career as a musician which we learned has profoundly affected his approach to cooking. Before his recent stint of rattling the food scene at Ray’s, Chef Fernando worked at the Hollywood Bowl’s Wine Bar, which featured an al fresco, tapas-style menu, and the Hollywood Bowl’s Pool Kitchen, a fine dining restaurant for exclusive guests of the iconic amphitheater. He has also served as chef de cuisine at the Michelin-starred Patina Restaurant at the Walt Disney Concert Hall. Prior to working with Patina Restaurant Group, Darin worked as the sous chef of The Foundry on Melrose in Hollywood, executive chef of Kitchen Table in Downtown Los Angeles, and served as a consulting chef at numerous restaurants across Southern California, including Corkbar in Downtown Los Angeles and Harlowe in West Hollywood.

“Before I started cooking professionally, I was very connected to music and art,” says Darin. “People pay millions of dollars to have a Picasso at home—and I have one where I work. With the museum as my muse, I aim to craft interesting and inspiring food using the incredible natural bounty of California.” 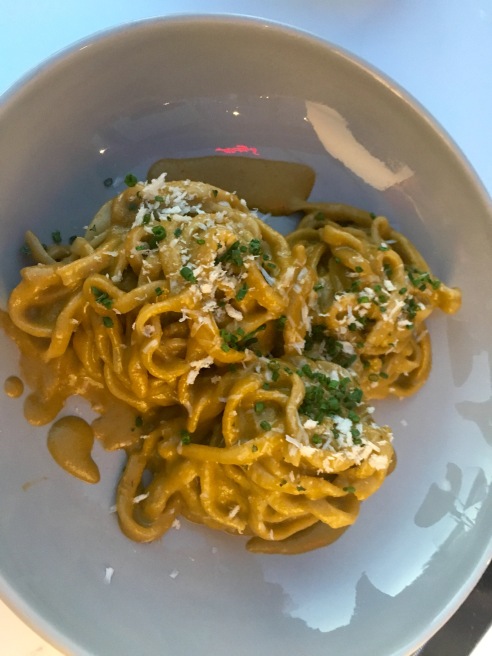 Darin is deeply inspired by the restaurant’s artistic surrounding and creative guests, and aims to make each of his plates an exhibition of their own. In addition to sourcing local and organic ingredients whenever possible, Darin sources fresh herbs and vegetables from the restaurant’s flourishing on-site garden. 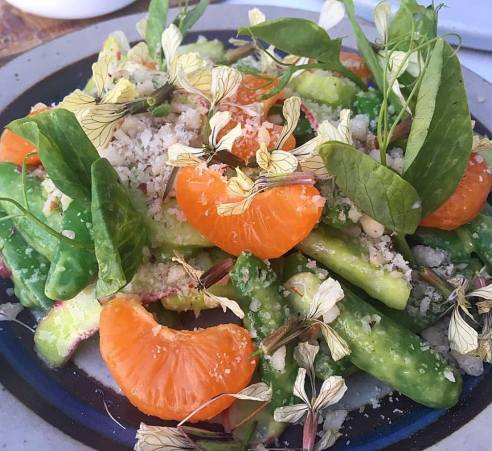 Cheese plates and special burgers are still on the menu amped with a bold twist, but we encourage you to sample something light and fresh, like the Sugar Snap Peas with tangerines, avocado and brazil nuts, or something from their Big Bites section like the Black Sea Bass or Lamb Belly. Ask about their changing dessert selection. We enjoyed a pineapple cake with tapioca, sinful Dark Chocolate Torte with caramel, sea salt, and gold flakes, and deconstructed Tiramisu with espresso, chocolate cake, and a sphere of Mascarpone frozen with liquid nitrogen. All creating a lot of noise at our table.

Witness LACMA’s iconic Urban Light installation and Levitated Mass sculpture, all within a stone’s throw of your artistic meal.

Book your reservations for a special Father’s Day brunch Sunday, June 19. The Brunch Menu is also in full gear with more than just breakfast items. You may wish to attend one of their Friday Jazz Nights. 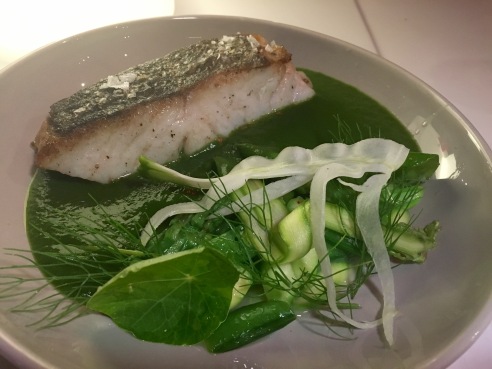 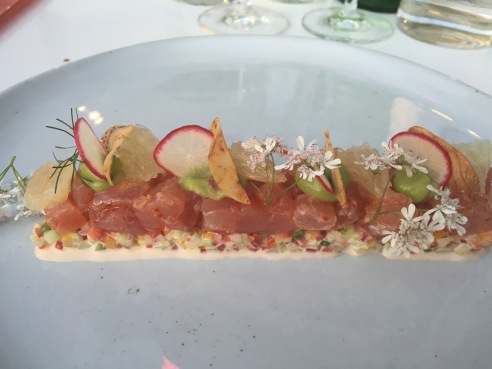 All photos courtesy of Melissa Curtin.