Because the celebrities L.A. is most known for are the ones we see in movies and on TV, it’s easy to forget that, in addition to being the city of stars, we are also a city of sports. With at least one team for every major sporting league and a growing list of all-star athletes, there is a lot to cheer for at any given day of the week in this city. But whether you are watching the big game at a bar or in-person, there seems to always be something missing- food and drink options at the same caliber as our city’s outstanding culinary scene. 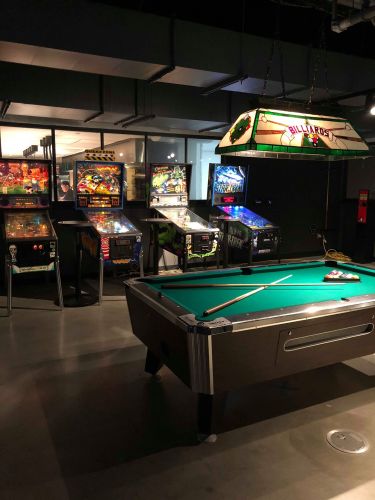 Other standouts include the Tri-Tip Nachos, the Frito Pie (that comes with an actual bag of Fritos), the Wings (get the Salsa Macha option for a sauce that has a good kick accompanied by the crunch of peanuts), and of course, the Taco Salad, which is served in a giant crunchy taco shell the size of your head! 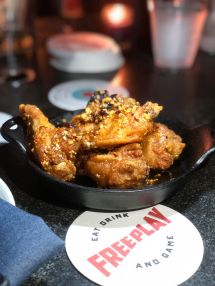 The drink program is equally impressive. The 18-tap bar pours cocktails from Julian Cox and Nick Meyer (Tartine Manufactory, Tesse), beers from James Mhaoir (BoomTown Brewery), and wines from Andrew Pettingell (Otium). The Yorkshire Alpha Papa English Pale Ale was an intriguing, slightly-funky take on a classic British ale, while the Novo Brazil Mango IPA had the perfect amount of juicy and citrusy hops. The shooters were a popular option ordered by other patrons, especially the Miami Vice (Coconut Rum, Strawberry, Lime). The selection of Shandies was particularly interesting. I tried the Stiegl Rock (Bourbon, Citrus, Honey, Grapefruit Beer), which was served on ice with a large lemon slice and had a great balance of bubbly citrus from the beer and sweetness from the whiskey. 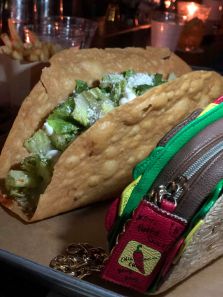 And any review of Free Play would be incomplete without discussing the awesome space. It is an open concept, featuring a 70-seat bar and 120-seat casual dining area. The Free Play name most directly refers to the pinball, foosball, and featured arcade games placed throughout the space (don’t miss the newest version of Big Buck Hunter, featuring a hilarious zombie mode). And of course, there are plenty of TVs mounted throughout the bar allowing patrons to watch the best of LA.’s sports teams. 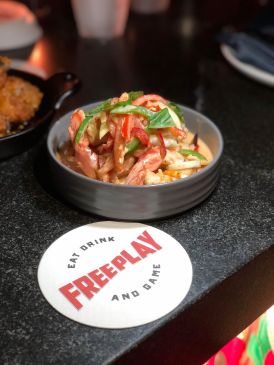 Free Play is definitely a fantastic pick for a more refined pre-game experience before going to watch the LAFC, Rams, or Trojans in their neighboring stadiums. More than that, it’s a great place to enjoy good food, drinks, and fun while watching L.A.’s other many teams or just hanging out- try out Free Play for a fun dining experience any day of the week! 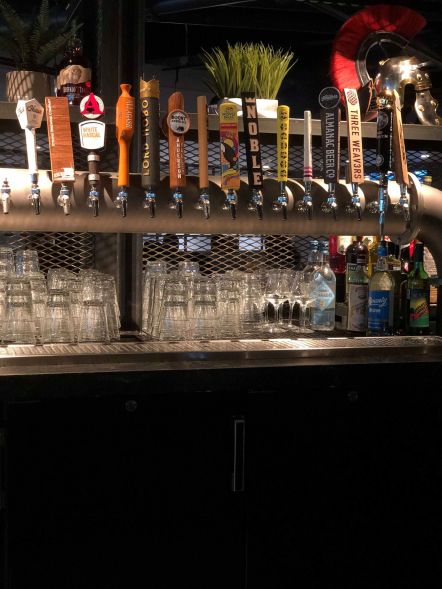 *Hours are subject to change on game days