As the founding guitarist of the legendary rock band TOTO, Steve Lukather has sold over 40 million albums, played and sang of dozens of charting singles, and won a few Grammys. Yet TOTO is only one facet of Lukather’s long career, as he has contributed to more than 1,500 albums — including key recordings by Michael Jackson, Lionel Richie, Barbra Streisand, Chicago, Donna Summer, Olivia Newton-John, Cher, Quincy Jones and Earth, Wind & Fire — beyond being a key member of Ringo Starr’s All-Starr Band for the last seven years. 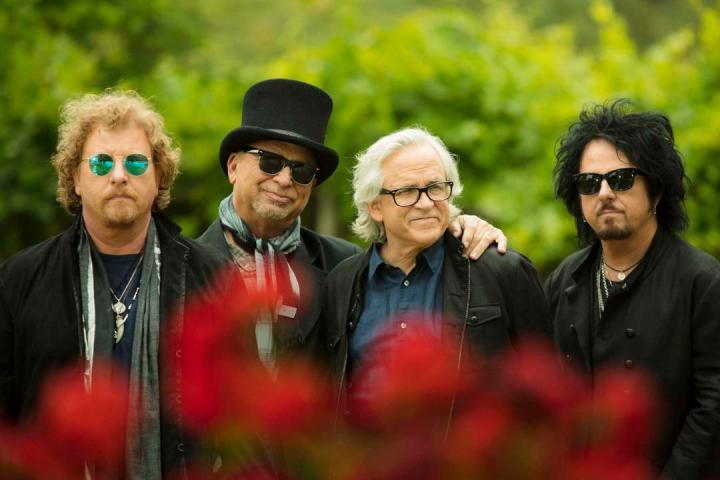 While TOTO hasn’t slowed down in recent years, 2018 was a big year for the band. In the midst of its 40 Trips Around the Sun Tour — which celebrated the band’s 40th anniversary — Weezer recorded studio versions of two of TOTO’s hits, “Africa” and “Rosanna.” Meanwhile, Lukather kept busy with preparing the All In box set, which includes 17 LPs and 13 CDs by TOTO, and promoting his (since-paperbacked) memoir The Gospel According To Luke.

I had the pleasure of interviewing Lukather — who fans and friends generally refer to as “Luke” — by phone, and Los Angeles-related highlights from that chat are below. The full interview will be broadcast later this month on an episode of the Paltrocast With Darren Paltrowitz podcast, while tour dates and more on Luke’s various projects can be found online at www.stevelukather.com and www.totoofficial.com.

Do you have any favorite restaurants that you can recommend to readers that are in the L.A. area?

Steve Lukather: Yeah, I do. The best sushi bar ever — Chiba [Japanese Restaurant] in North Hollywood… Trust me, I’ve been around the world. I was just in Japan twice the last two months. This is the best sushi bar, Chiba on Lankershim.

(a few seconds of silence) Did I lose you there? I heard “visit your favorite Bob Marley shop first.”

Steve Lukather: (laughs) Anything else need to be said?

Got it. So in closing, Luke, any last words for the kids?