Skip to content
On the eve of my 12 year anniversary with Los Angeles, I found myself in an unimaginable place, a place I wouldn’t expect to exist when I first arrived at the Museum of Weed. But that is why I adore living in the City of Angels. My mind is constantly stretched, excited, delighted, and inspired by the people, the ideas, the forward thinking. 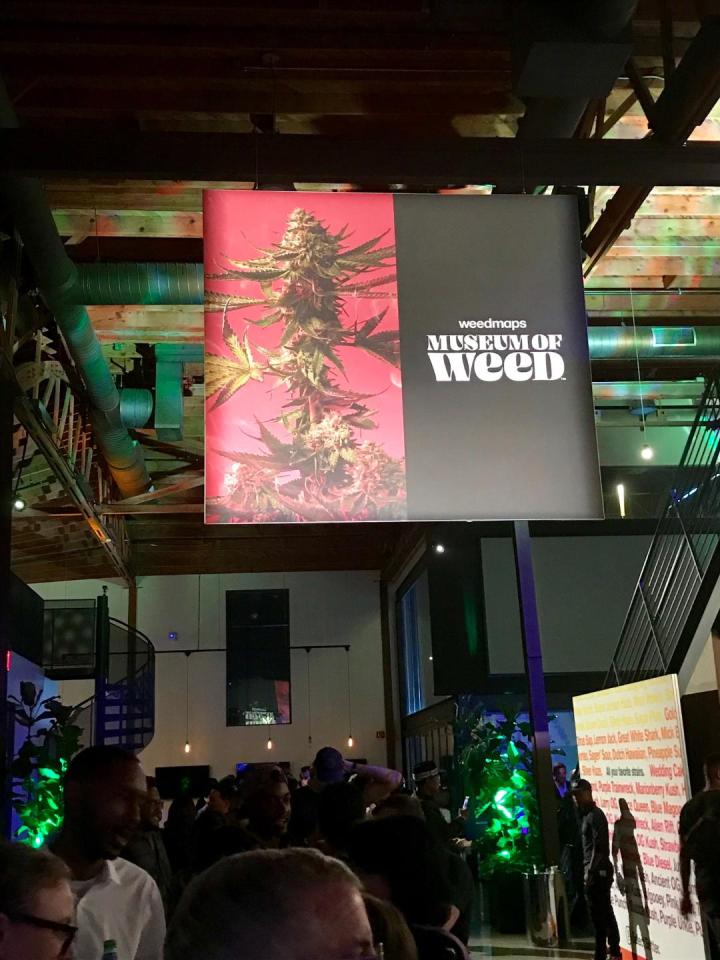 When I reflect on my time living in Los Angeles, I think how this place has shaped and molded me in ways my former self could never anticipate. Living in LA has made me more compassionate and helped me view the world with an open mind and open heart. Living in LA has helped me appreciate other cultures, especially through food. The beauty of living in LA are the daily surprises, the ones that make you think in ways you may have not thought possible. This is what the Museum of Weed did for me.

Tonight on the corner of Cahuuenga in Hollywood a big green carpet greeted guests. Hundreds of people swarmed inside for the private grand opening of the Weed Museum by Weedmaps (a leading technology and software infrastructure provider to the cannabis industry that was founded in 2008). Stars like Vanessa Hudgens, Ireland Baldwin, Christina Milian, Ashlee Simpson, Evan Ross, Tommy Chong, and Gilles Marini flocked to this pop-up, which was like no other pop-up museum we have experienced in LA. Not just for Instagram-worthy photos, the 30,000 square foot museum is highly educational and offers interactive exhibits, impressive art installations, and historical evidence (ancient papyrus, films, artifacts, posters, art, dictionaries), plus a café and gift shop.

Guests meandered through the engaging multi-room exhibit with a state of the art Plant Lab and were entertained with a muscial performance by Mustard.  While no weed can be smoked or sold at the Museum, there was a “munchie chic” menu courtesy of Crateful, along with cookies from the Milk Bar and build your own ice cream cookie sandwiches from Coolhaus.

The focus of the Weed Museum is on demystifying cannabis and educating the public on the history and advocacy of cannabis. Weave your way past several hours of engaging exhibits with historical artifacts which include: Pre-Prohibition, Age of Madness, Counterculture Revolution, Behind Closed Doors, Entrapment, Dose of Compassion, Legalization and The Plant Lab. We heard a VICE writer helped with the curation and writing of the exhibit. 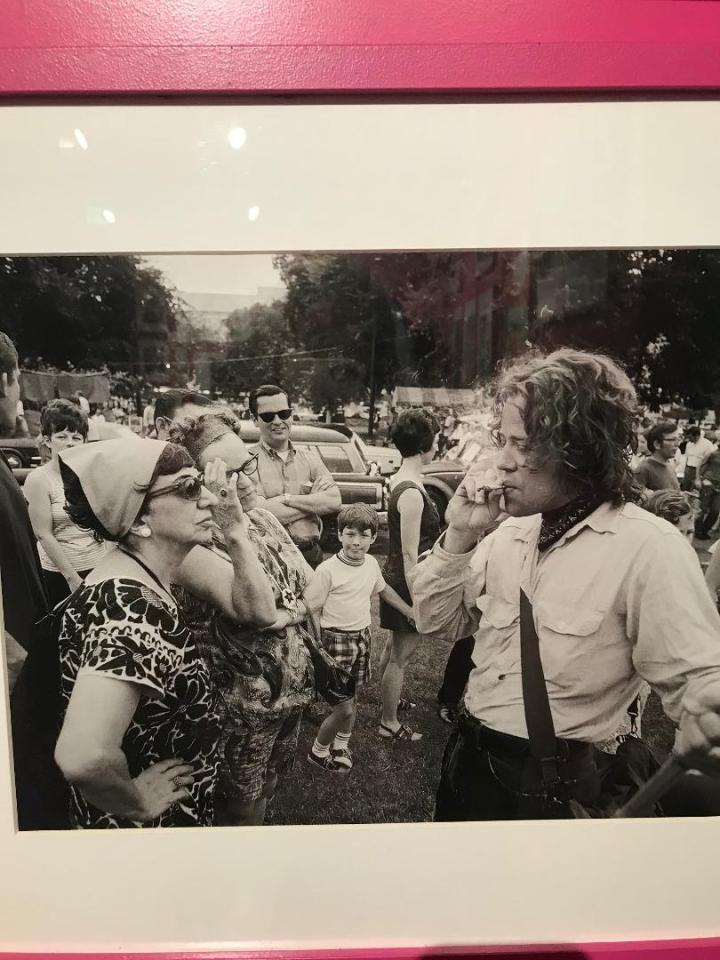 Fascinating. Engaging. Thought provoking. We learned about the history and uses of hemp, the propaganda used against minority groups for prohibition, how the dictionary edition of marijuana from 1933 and 1957 tout different views of the plant based on how entrenched anti-cannabis propaganda was during this era. Even an old film from 1936 called Reefer Madness shows the presumed “violence” aftermath of smoking weed. Before it was legal, see how doctors and patients found a sliver of relief from the effects of the drugs prescibed during cancer and AIDS treatments. What are the differences of CBD and THC? Smell a wall of terpenes to see which one appeals to you. Terpenes are the fragrant chemicals that make up the cannabis plant that play an important role in how it interacts in our bodies.
Did you know wealthy publisher William Hearst also owned all of the timber back in the day? In order to continue his fortune and justify killing the hemp industry, he helped fuel the media with fabricated and sensationalized articles about the dangers of cannabis – like a father murdered his family due to smoking pot hysteria rather than mental illness.

Weedmaps platform provides consumers with information regarding cannabis products across their web and mobile platforms, including listing local retailers and brands, facilitating product discovery and allows consumers to educate themselves on cannabis and its history, uses and legal status. Headquartered in Irvine, California, Weedmaps employs more than 400 professionals around the world, including in Barcelona, Berlin, Boston, Denver, New York, Phoenix and Toronto.

The museum aims to shed light on the tie between cannabis prohibition and racially disparate policies in hopes of educating people in a fun and interactive way, while inspiring them to support advocacy and reform efforts. Weedmaps CEO Chris  Beals said, “Today in the United States, someone is arrested for non-violent possession of cannabis every 48 seconds. Our goal with the Weedmaps Museum of Weed is to demystify cannabis and its role in society, and to draw attention to the impact prohibition of cannabis has had on various social groups in the U.S. and beyond.”

Open to the public this August 3, 2019, for a few months, the exhibit sounds like it will make its way to NYC next. You can easily spend a couple hours here, but don’t expect to be able to buy or consume cannabis inside the museum.

2 thoughts on “Museum of Weed begins its journey in LA”

Deep in the desert to soothe my soul. Bought this sound bath for a little anniversary gift for Mark. I’ve been wanting to go to Integratron since 2015 when I spent a bday in Joshua Tree. Just an hour from Palm Springs in Landers 👽 , this geomagnetic vortex circa 1954 is suppose to heal in unimaginable ways.
Wine enjoyment this month ~ Provençal Dry Rosé and Rosé Gin by Maison Mirabeau #provence #provencerosé #rosé #rosegin #mirabeau
Built into the landscape. Built to accent the landscape. Want to go on your own architectural tour on foot, on bike, or in your car?
This past Sunday we finally made it to Pomme Frite after smelling the mussel sauce aromas for the last year as we walked by….always a packed space on the streets.