The proclamation announced on August 15 recognizes celebrations across the nation in honor of Julia’s birthday, all in the spirit of showcasing her admiration, respect and need for all individuals to learn about and embrace her passion for the joys of cooking, eating and drinking well.

Cookbook author, television hostess and instructor Julia Child was born August 15, 1912, and is widely recognized as a respected teacher and writer, who taught generations of Americans through her classic work, Mastering the Art of French Cooking as well as through her Peabody and Emmy Award-winning television series, The French Chef.  Her library of published works and many television productions continue to teach and resonate. Julia Child was a long-time resident of Santa Barbara, who dedicated her life to empowering people to cook, regardless of their professional training, encouraging them make cooking an enjoyable part of the way they interact with food.  She was bestowed with the highest civilian honor, the Presidential Medal of Freedom, the Ordre National de la Légion d’Honneur by the French government, the National Book Award, and was the first woman inducted into the Culinary Institute of America’s Hall of Fame.

Also, the Julia Child Foundation for Gastronomy and the Culinary Arts announced the launch of Santa Barbara Culinary Experience (SBCE), a three-day event scheduled for March 13 – 15, 2020. This epicurean celebration will involve chefs, mixologists, restaurateurs and the local community. The Santa Barbara Culinary Experience aims to gather the community and visitors to celebrate the bounty of Santa Barbara’s abundant resources found in local farms, ranches, vineyards and oceans. In celebrating Julia’s spirit, the SBCE will shine a broad-reaching light on Santa Barbara’s culinary, hospitality, tourism and larger artisan communities. 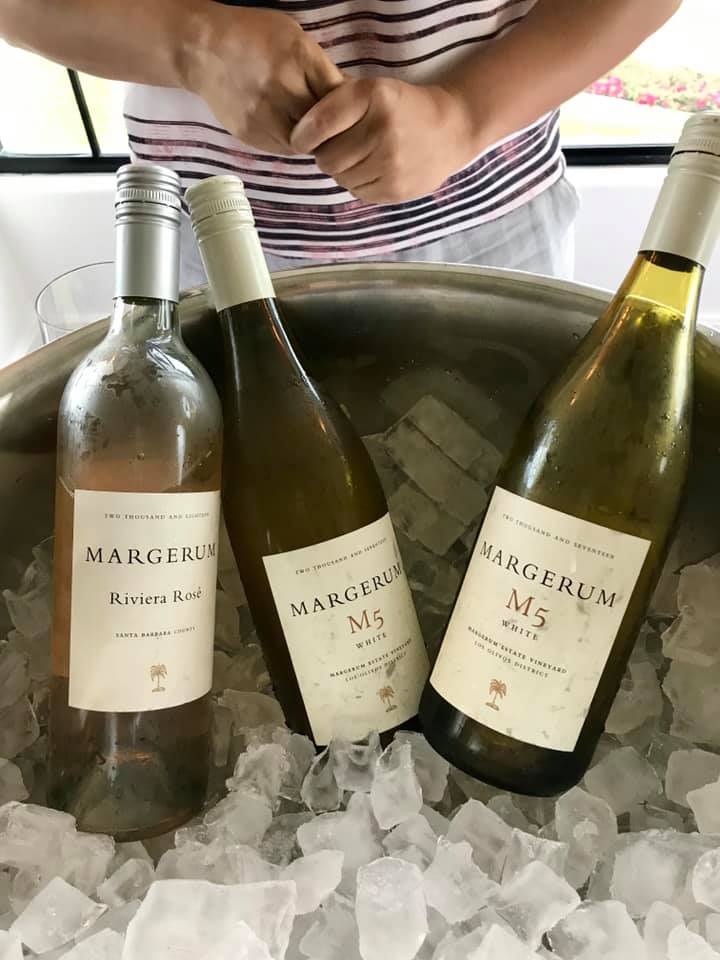 Over the last decade, the Julia Child Foundation has made more than $2 million in grants to other non-profits. In 2015, the Foundation created the Julia Child Award, presented in association with the Smithsonian’s National Museum of American History.  The annual Award honors an individual who has made a profound and significant difference in the way America cooks, eats and drinks and is accompanied by a $50,000 grant from the Foundation to a food-related non-profit selected by the recipient. 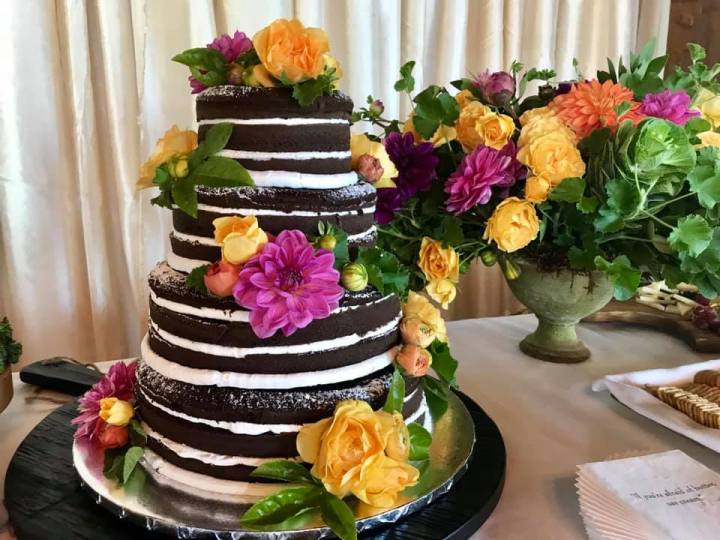 Bowls of goldfish donned the venue and were eagerly snacked upon. If you didn’t know, Julia didn’t serve appetizers, she served goldfish which was an ongoing joke amongst her friends. A chocolate birthday cake layered in vanilla frosting decorated in colorful flowers by Little Things Bakery was presented in honor of Julia Child as well as takeaway chocolates by Jessica Foster and and floral décor by Valerie Rice. 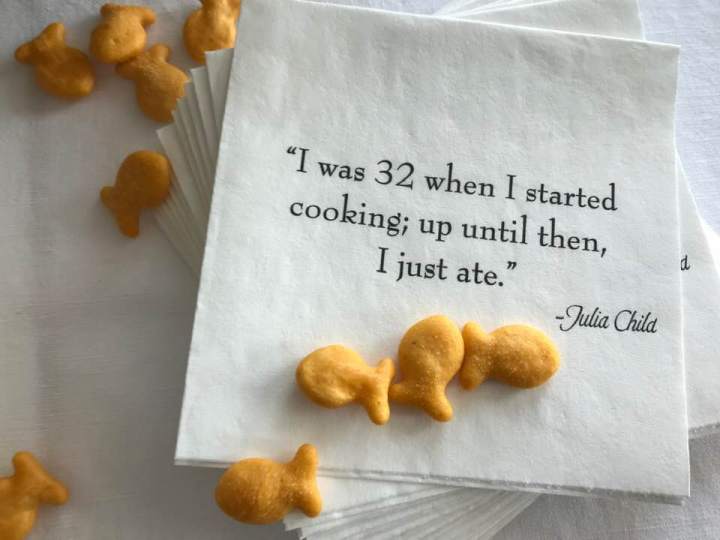 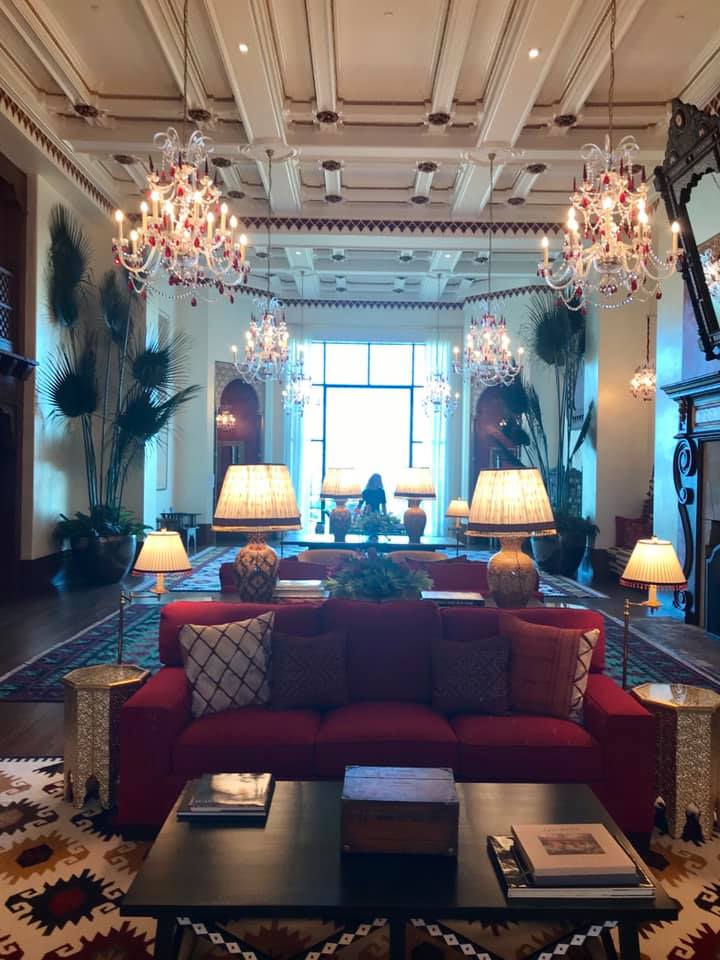 Celebrity auctioneer Billy Harris invited guests to join the Founders Circle and be part of the exclusive Founder’s Dinner for 40 guests at The Lark, Santa Barbara’s award-winning restaurant, hosted by Executive Chef Jason Paluska with James Beard Foundation award-winning chefs Nancy Silverton, Suzanne Goin and Michael Cimarusti. The culinary all-star team will create a multi-course dinner inspired by Julia Child and her recipes paired with wines from Santa Barbara County vintners. The proceeds of the auction will benefit Santa Barbara Culinary Experience in partnership with the Julia Child Foundation.

A documentary filmmaking duo divulged that they were filming for a future Julia Child film, so we can look forward to learning more about America’s favorite culinary legend.

People who love to eat are always the best people. – Julia Child

As a freelance travel and food writer, Melissa's articles have been published on AAA World Magazine, Lonely Planet, Zagat Stories, Roadtrippers, Canadian Traveller, Business Insider, MoneyInc, Resident Magazine (NYC), JohnnyJet, World Footprints, and many more. Her favorite travel articles can be found on Darling Magazine. She also writes for local print magazines such as SoCal Life Magazine, Malibu Coast Lifestyle Magazine, Conejo Valley Lifestyle Magazine, LA Travel Magazine, and LA Downtowner. Her love of adventure and learning were fueled while traveling around the world at age 20 on Semester at Sea. She received a Master's degree in Education, taught in England on a Fulbright scholarship, and has been an educator for over 20 years. After growing up in Connecticut and a decade in Washington, DC, west coast living has won her over. Living in LA the last 13 years has brought Melissa so much joy - thus why LaLaScoop was born. A desire to cover and discover the Best of LA became a shared passion that expanded to numerous guest writers bringing the 'LaLaScoop. Besides teaching children on Zoom and writing during the pandemic, Melissa spends her free time gardening, baking, savoring the Malibu coastline, discovering new hikes, and taking DIY to a whole other level. Contact her at Melissa@lalascoop.com. View all posts by Melissa Curtin