The weekend in Los Angeles was filled with pre-Golden Globes parties, but a special event returned for its 7th year – Gold Meets Golden – where former Olympians from around the world and young paralympic athletes mingle with Hollywood’s finest entertainers to celebrate the Golden Globes weekend AND support Angel City Sports, a Los Angeles organization that fosters young athletes with disabilities with the resources, coaching, and equipment they need to train as future adaptive Paralympic hopefuls. 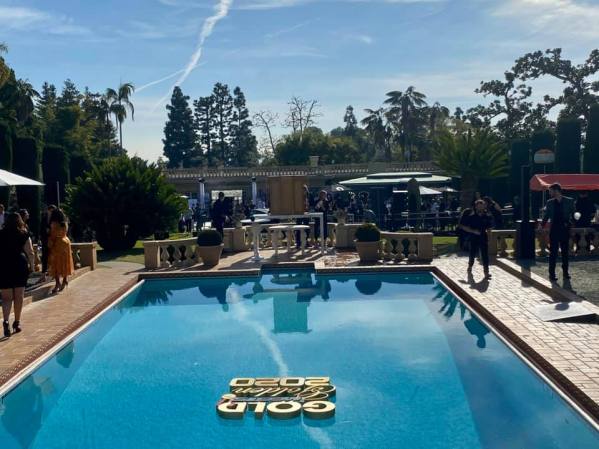 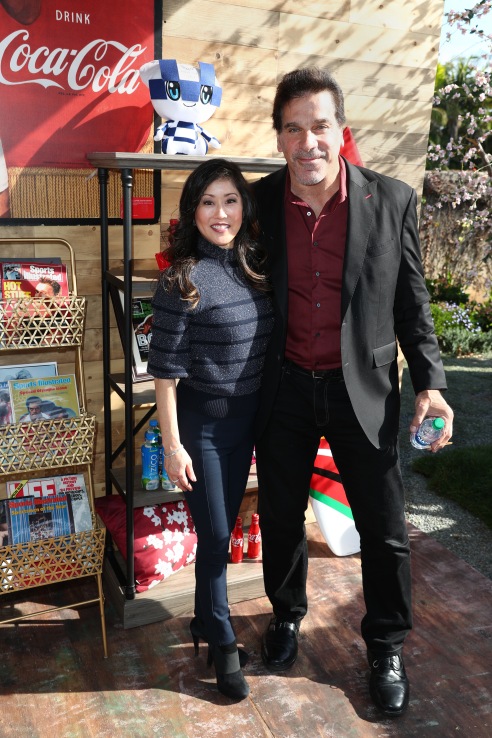 In partnership with FASHWIRE, and presented by Coca-Cola Company (the longest continuous corporate partner of the Olympic Games), guests tried out the new Coca-Cola Energy drink in 4 flavors along with Mexican Coca-Colas, Topa-Chico and Dasani flavored sparkling water. The three hour day-bash also had attendees sipping rose, champagne, and Herradura tequila cocktails while mingling with Golden Globe nominees and sports legends. 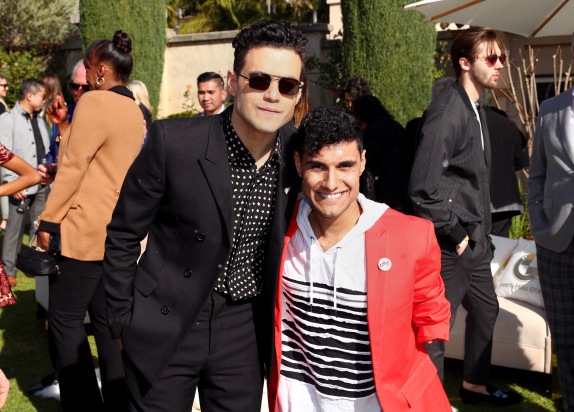 A gold shiny 8-series BMW was on-site from Beverly Hills BMW for guests to sign as a show of support as BMW pledged to donate the cost of a participant’s racing chair since wheelchair racing is one of the most popular sports at the annual Angel City Games. 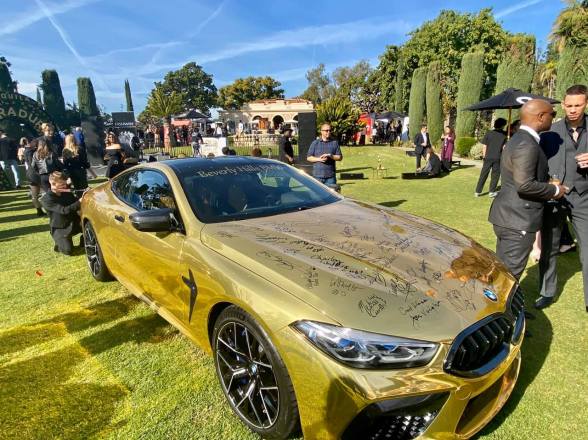 Many notables came out to support the cause like Nicole Kidman (who just came off the plane and was obviously distressed of the news in Australia), Jon Voight (who spoke with every Olympian and graciously allowed so many guests to pose with him), Rami Malek, Chris Evans, “Hulk” Lou Ferrigno, Ginnifer Goodwin, Joey King, Ben Platt, and Beanie Feldstein. 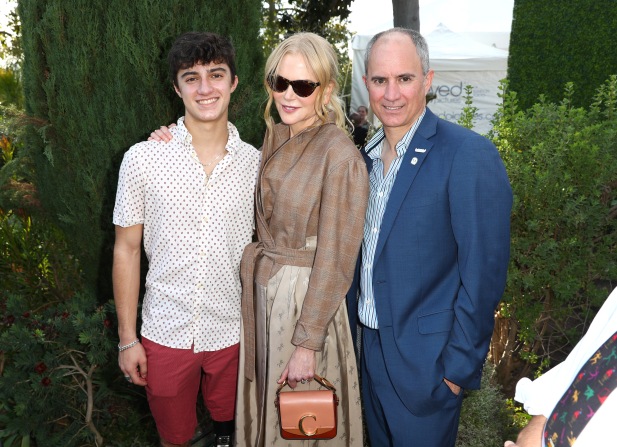 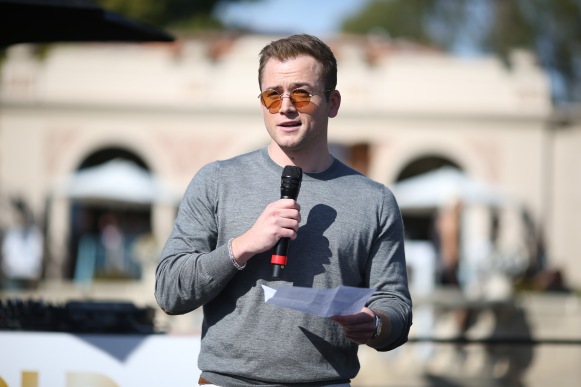 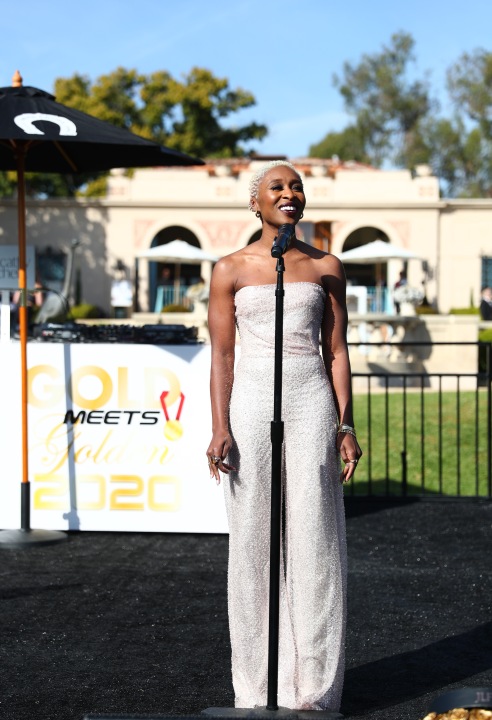 Sports legends in attendance included five-time Olympic Gold Medalist Nadia Comaneci with her husband retired Olympic gymnast Bart Conner who wowed the crowd with a handstand. Diver Greg Louganis enjoyed the festivities with his husband and was honored with a special surprise birthday cake for his upcoming 60th birthday presented by his Olympic fan Matt Bomer. 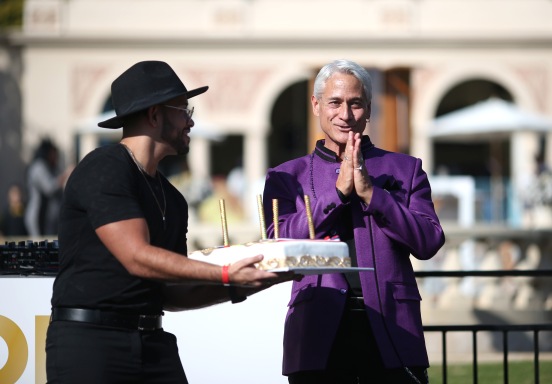 Figure skater Kristi Yamaguchi brought her daughter and was shown a picture (of Yamaguchi holding Dever as baby) from Globes-nominee  Kaitlyn Dever who idolized her as a child. 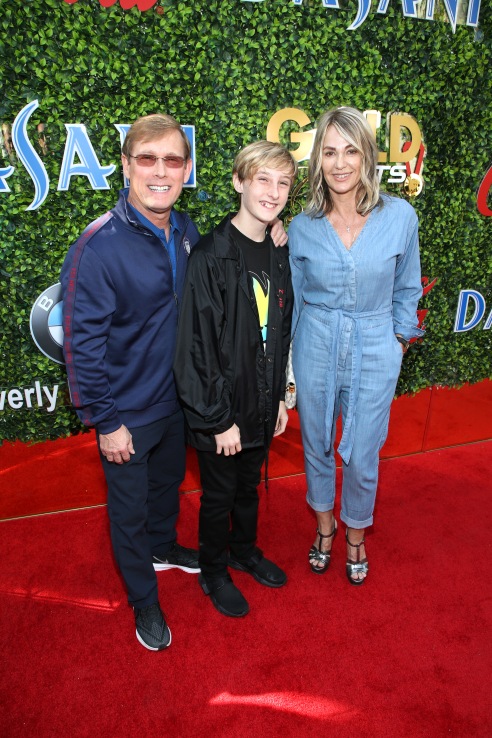 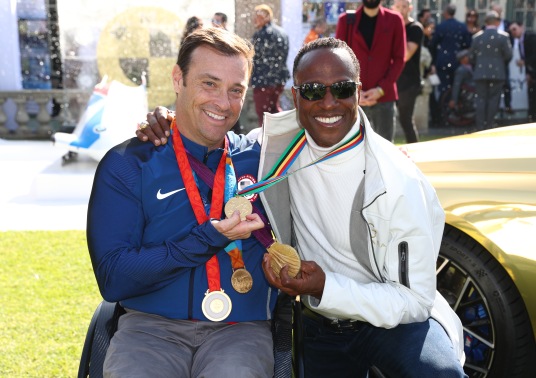 Australian and Olympic Gold Medalist swimmer Ian Thorpe chatted with fellow Aussies Nicole Kidman about her home in Australia threatened by the unprecedented fires, and Naomi Watts about the upcoming Olympics and hopes for Australia to win a medal in Tokyo 2020. Celebrities participated in a special Paralympic Tennis Demo with Gold Medalist David Wagner and children from charity Angel City Sports. 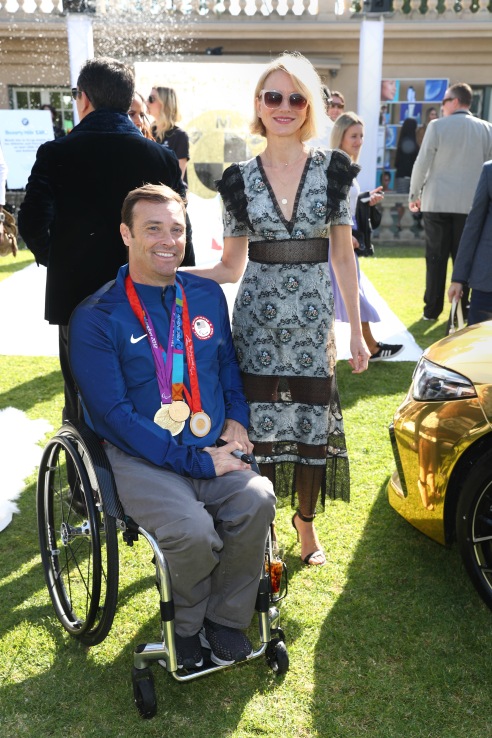 The message was clear when sports and entertainment interact. – “We are kind of each other’s heroes and the power of sport can transform lives.” Gold Meets Golden raised over $50,000 to send over 200 children and participants to the Angel City Games in June at UCLA and cover the costs of uniforms, wheelchair racers, and other adaptive equipment. 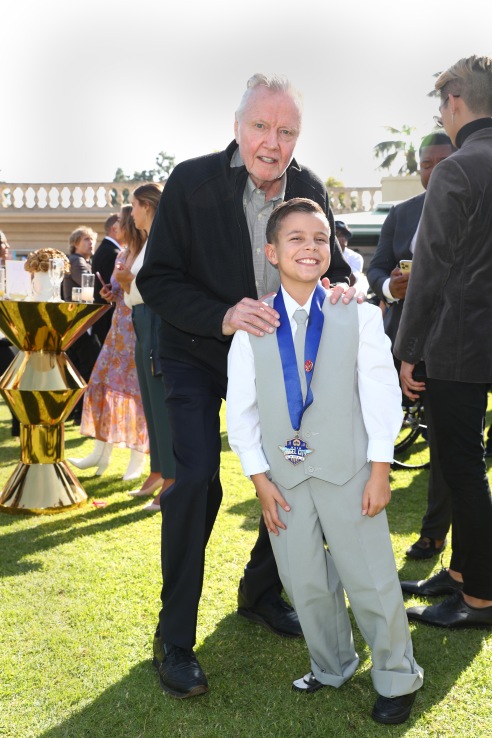 “It is always moving to see someone come from behind and do this or do that, do something impossible – due to the hard work they have put in.” – Jon Voight with guest at GOLD MEETS GOLDEN 2020 in Beverly Hills, California. (Photo by Joe Scarnici/Getty Images for Gold Meets Golden) 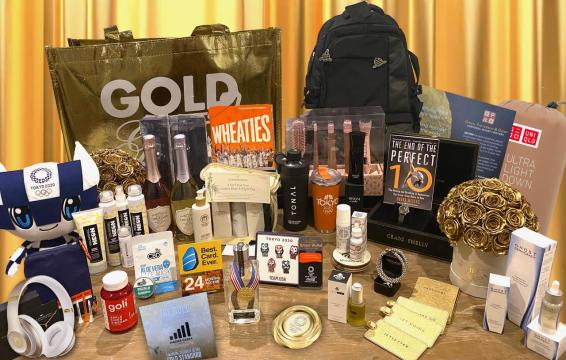 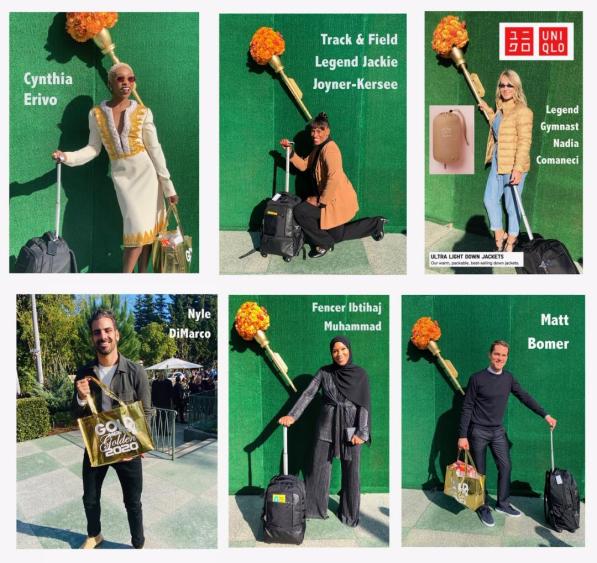 The afternoon shined bright, golden, like all who attended. Best wishes for those participating in Tokyo 2020 #GoldMeetsGolden 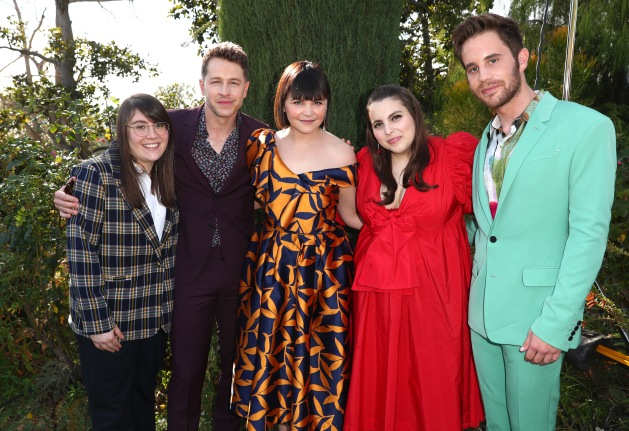