Fur trappers from the other side of the globe established a trading colony along its ever-flowing waters as the 19th century dawned, giving rise to its name: The Russian River. They were followed by migrants from Italy and France who settled in the lush valleys and brought with them a tradition of winemaking. And today, Sonoma County is home to a 130-year-old wine culture and economy.

The river meanders in and out of three AVAs of vineyards, representing a stunning diversity of microclimates and soils, producing a wide array of international varietals: Barbera, Carignane, Dolcetto, Sangiovese, Grenache, Reisling and Gewürztraminer, among dozens of others, some that can be found nowhere else. And then there are the stars: Pinot Noir and Chardonnay from the Russian River Valley; Zinfandel and Sauvignon Blanc from Dry Creek Valley; and Cabernet Sauvignon and Merlot from the Alexander Valley.

The Wine Road of Northern Sonoma County, celebrating 40 years of oenophilia, is the culmination of the 13-decade-long winemaking tradition of the Italian and French immigrants who recognized the viticultural potential of the region. It is a constellation of about 200 wineries and more than 50 lodgings dotting the emerald hill-and-dale landscape. And where there’s wine, there’s gourmet food, evidenced by a growing number of culinary jewels scattered along the trail.

To celebrate this 40th anniversary, events have been scheduled throughout the year. This month was highlighted by barrel tastings, in which visitors entered the cellars of participating wineries and sampled the fruit of the 2015 growing season and get a taste of what the future has in store. The wines will spend more time aging in their oak barrels, developing complexity and nuance, and for the buyer who recognizes the potential of the wine, this marks an opportunity to purchase futures at discount prices, so that when the wine is bottled, the buyer is assured of obtaining it and at the early-bird rate.

And this was why I had come to the 19th century vineyards of Sonoma County: to taste the future. To get a true sense of the people and the land, I lodged at the wine estate of Tara Bella, a modest winery in the Russian River Valley, just down the road from the renowned Kendall-Jackson winery.

Kevin and Wendy Morrow began winemaking in their garage in the early 1980s. Seven years ago, they bought the two-vineyard estate and have been turning out the best Cabernet in the Russian River Valley ever since (granted, it’s a region known for its Pinot Noir). Their Basset hounds, Presley and Thornton, are as hospitable at the husband-and-wife team who operate every facet of their business, from nurturing the Clone 7 vines through a chilly El Niño to pressing the fruit to bottling and labeling it.

As for that really great wine, I journeyed through torrential downpours, scouring the tri-AVA to sample the class of 2015, which most growers feel was a good year. But there is only so much wine one can drink from a barrel — it’s a surprising amount, but a finite one nonetheless. So, to get a better taste of the county’s cash crop, I popped a few corks of the local Pinot — and where better than at the finest restaurants in town. Must line one’s stomach, you know.

I’m putting Stark’s Steak & Seafood in charming downtown Santa Rosa on your Wine Road itinerary. There, that’s settled. For those of us with a jaded palate acquired by years of high-end dining in L.A. or San Francisco, Stark’s is a fond reminder of home. Think The Capital Grille with hyperlocal and totally organic fare, with more culinary flair and without the Beverly Hills. Yeah, it might take a second, but you get it. Nice, right?

The menu features a fine selection of oysters to get the night started, and which should be followed by the pan-seared foie gras atop French toast and pineapple chutney. Perhaps the most surprisingly delicious starter is the pickled beet carpaccio with feta, dill, deep-fried walnuts, lightly doused in tangerine oil. But beef is the specialty of the house, and here you’ll find a Snake River Farms Kobe flatiron and a Piedmontese filet Mignon, both weighing in at 10 ounces, as well as a 32-oz. Porterhouse, carved tableside for two.

There is another joint that should also be on your radar, which is, incidentally, also operated by the Stark folks (Stark Reality Restaurants, ha!): Willi’s Wine Bar. This former 19th century stagecoach stop appears as a roadside diner to the passerby, but step inside and you’re in for a huge surprise. This small-plates restaurant is as modern as any you’ll find in the big city.

The vines that those Italian and French immigrants planted among these rolling hills has, at long last, yielded more than just world-class wines, it has also sprung an urbane dining scene in a rustic and still-wild landscape. Like the magnificent wines it produces, the 40-year-old Sonoma Wine Road keeps getting better with age. 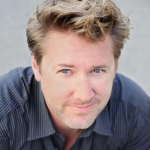 All photos courtesy of Scott Bridges.