Skip to content
What better way to kick off a hilariously fun Valentine’s Day than with some hot Lucha action, like masked Mexican wrestling, burlesque, and comedy. Los Angeles’ longest running, most celebrated action-packed variety show is back in downtown LA! Read the LaLaScoop on our last time at Lucha VaVOOOOOOOM!
“Ooh La La Lucha!!!”, stars special guest commentator Ron Funches (Curb Your Enthusiasm, Black*ish, New Girl, and Undateable) and a host of incredible talent from the Lucha and performance world. 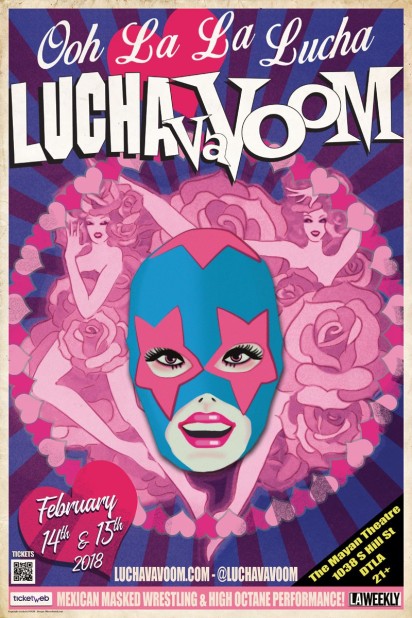 “It’s what performance art often aspires to be, a mash of the unmixable.”