As I walk from my car to the new downtown Los Angeles restaurant Abernethy’s at the newly renovated Music Center Plaza, I watch teens laughing in the dancing fountains while the sunset glow bounces off the new Mullin Wine Bar and Go Get Em Tiger coffee shop. This downtown LA plaza feels so modern, clean, and slick – symbolic of a gritty downtown now on the upswing. Cool music beats lure me into Abernethy’s, a brand new restaurant concept featuring a different Los Angeles chef and menu every quarter with diverse cuisines.

Abernathy’s inaugural chef Shirley Chung from Ms Chi Café is a Bravo’s Top Chef contestant known for working with Thomas Keller, Jose Andres, and Guy Savoy. Trained in classic French, Italian, Latin and Chinese cuisines, Chung proudly shares that Abernethy’s is her tenth restaurant opening. Chung is responsible for the affordable locally sourced cuisine and menu designed to tell her culinary story, along with creating the cool playlist to set the mood (Chinese rap and American pop with Chinese influence).

Born and raised in a high achieving family, Chung’s great grandfather was an herbalist and doctor in Beijing, China. “Abernethy’s is a restaurant with a crossover between music, art, and food – one that represents diversity and inclusivity. They gave us a platform and I can tell my culinary story for 3 months. Where else can you do that?” she muses. 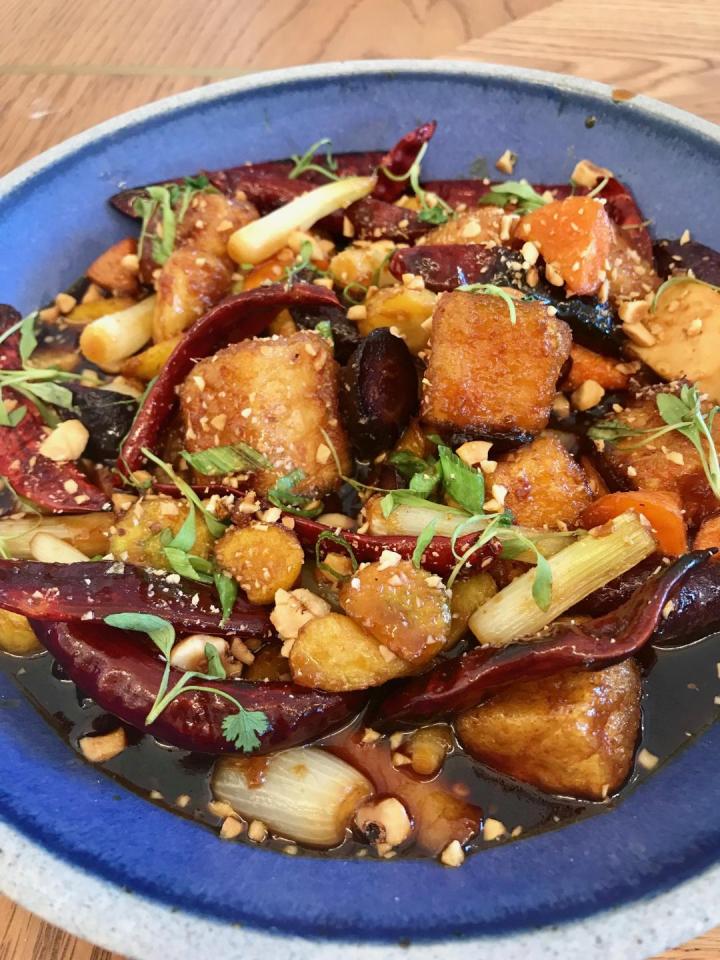 Chef Shirley sources almost everything locally – chicken from a local Chinese farm to fish and wine from Santa Barbara. Chung acknowleges the dishes created will work here at Abernethy’s, but not in her own neighborhood. Her personalized menu consists of progressive Chinese American cuisine where exclusive dishes created for Abernethy’s join favorites from her cookbook Chinese Heritage Cooking from My American Kitchen and Ms Chi Cafe, her Culver City restaurant. 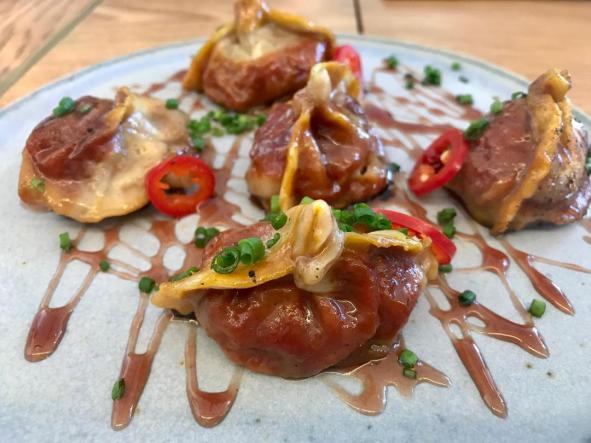 Begin your foodie venture at Abernethy’s with one of Chef Shirley’s personally created cocktails. The Lychee Martini is her special blend while her favorite drink growing up in China consists of Chivas Regal, lemon juice, and jasmine green tea syrup and is named Green Lantern.

Since Chef Shirley recommends sharing 3-4 dishes per couple or around 6 dishes for 6 people, begin with some of our favorites – modern Chicken Potstickers with pomegrenate sweet and sour sauce, Pork and Shrimp Wontons in chili oil, and Roasted Heirloom Baby Carrots with a whipped garlic tofu aioli. 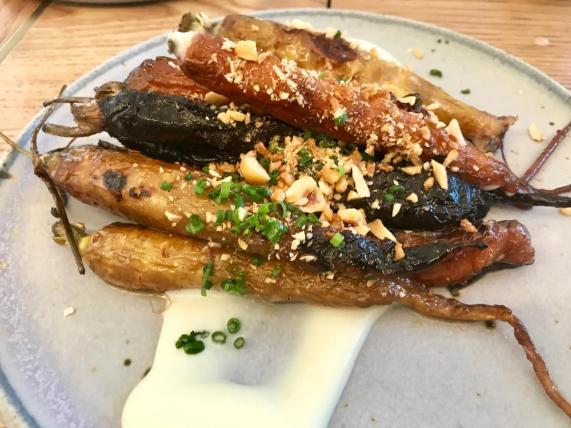 Find room for the comforting Bowl of Hugs consisting of bone broth, pork ribs, and mochi puffs where Chef Shirley declares she wants you to feel the hugs from within the broth. Hopfully you do since the process includes blanching the bones for six hours.

Beijing Lamb Belly and Sable Fish in a hot and sour broth are also dishes you won’t find on any menu. Chef Shirley talks about the Lamb Belly like it could be her child – her favorite dish. “Did you know Beijing people love tahini and cumin – major spice ingredients in the Middle East? The Islamic population has been living in Beijing for thousands of years and the cultural influence can be felt in these dishes.”

Another dish to share is the Italian Chinese crossover dish called Cecio e Pepe x2 thanks to her friendship with Italian Chef Silvia where Northern Chinese style noodles are doused in a creamy peppery tofu and pecorino cream sauce. And no meal is complete without dessert – save room for the traditonal style chewey Mochi donuts.

For drinks before or after your time at Abernethy’s, consider the Mullin Wine Bar across the way where bartender extraordinaire Christiaan Röllich, renowned for approaching a drink the way a chef serves up a meal, is concocting some of the best fall libations in Los Angeles. Nearby, find another newcomer – L.A.-based coffee company, Go Get Em Tiger (GGET) known for seasonal single origin coffees, as well as its house-made nut milks, pastries, and seasonal fare.

Just shy of 2 months old, Abernethy’s brings the diversity of Los Angeles to one place – where chefs can bring their own food history to the people. It’s not too late to savor and appreciate Chef Shirley’s soulful Mygration from Beijing to California as you indulge in her Chinese-American menu. Find Chef Shirley’s dishes honoring heart and heritage at Abernethy’s until December.